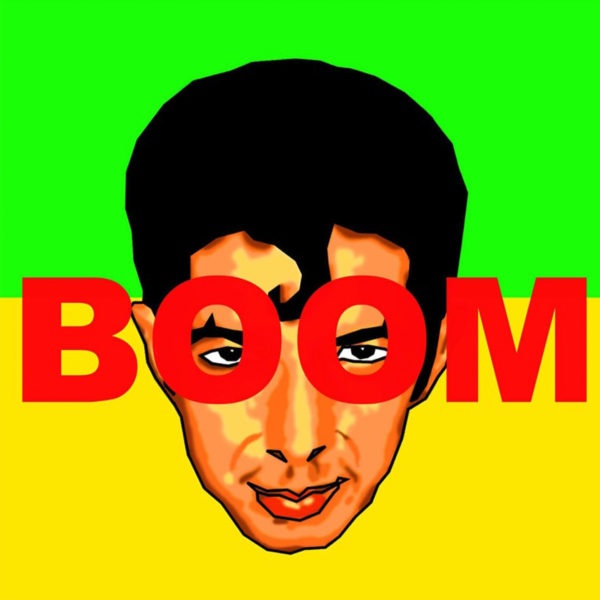 This Halloween sees the release of BOOM a new single from influential Conceptual Pop artist Duggie Fields.  The track is the precursor to Duggie’s forthcoming long player, So Cool, a collation of his musical works from the last 20 years. The strident art-pop sound takes us on an aural journey riding a Tardis from the renaissance to the future.

The sound.  BOOM samples and remixes the Maximalist Manifesto the artist laid out in the early 90s. His painting, poetry/spoken word, film-work and music are populated by figures drawn together to form a pulp universe.  The characters in his work may appear familiar, but in name and symbolism they are complex and alien. While he may seem like an artist existing within his own universe, he is still very much an artist of London – as can be seen from his ‘just around the corner’ social media feed.

First impressions.  Now in his seventh decade, Duggie Fields is still setting out his stall from the moment you first see him.  Peepers dressed in the most far-out of frames. Jeans with smiley-faced knee-caps. Oversized lapel badges on a vintage teddy-boyish drape, a polo neck and leather waistcoat… everything meshing and distinctively Duggie.

From art to music, a journey.  Musical connections and artistic leanings mix.  Studying architecture and art whilst also working at The Hampstead Record Centre selling vinyl to the influencers of early 60s London (DF would see them go on to become the Rolling Stones, Pink Floyd and T. Rex), led to a gradual percolation of musical ideas and thirst for seeking out the new sounds that continued through the eras – going to the second ever Sex Pistols performance being one moment that comes to his mind. As such Duggie’s music can seem to exist outside of time. The strong lines and bold graphic compositions of his artwork feel shockingly modern and this translates seamlessly to the art pop of BOOM.  After working with Howie B and Arthur Baker in the late 90s the artist began collaging his musical work with images and posted online video-film shorts to a virtual gallery. This led to a BFI retrospective in 2016 and he has been honing the perfect Duggie Fields experience ever since. Quizzed on how and why he creates, he answers: “I don’t have a clue what I am doing I just enjoy making things. That applies equally to my painting, music and film work.”

The backstory. Born the day the atom bomb was dropped on Hiroshima, Duggie grew up in the English countryside in the middle of an army base and began making early recordings by splicing together tape from reel-to-reel recorders. Later, when in London, with his friend Pink Floyd co-founder Syd Barrett, moving into a flat in Earls Court – the same flat that Duggie still resides in today. And that consistency has become king. The home and studio he’s lived in for more than 50 years is very much the epitome of an ART Tardis, being the backdrop for BOOM and all his output; re-created in great detail last year as The Modern Institute contribution to the Glasgow Biennale.

You may have seen Duggie Fields online or dressed to the nines strolling through town, or on the telly quizzed by Mariella Frostrop, or seen his work pop out at you whilst leafing through a vintage ZOOM magazine from the early 70s or Face Magazine from the early 80s for that matter.  Maybe snapped at a Pam Hogg fashion show or at Frieze this month?  Wherever he goes, he’s consistently creative, constantly there.  It’s a continual reduction that has made a potent sauce.

See also:
Read all about it